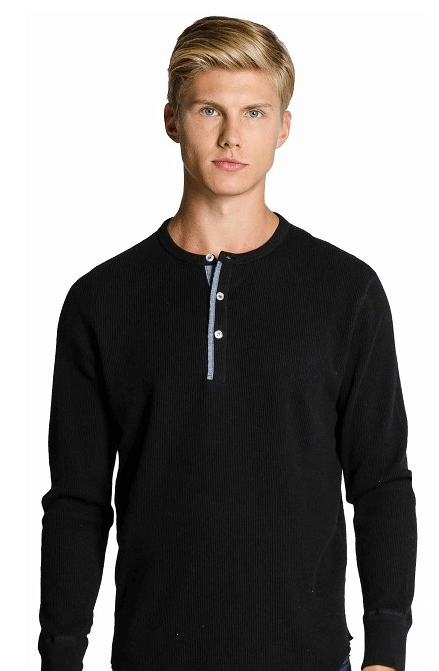 Posted by Just Sweatshirts on 1/24/2020 to Fashion Trends

The Henley shirt is one of those beautiful hybrids that perfectly combines elements of some of our favorite men's fashion staples. T-shirt, meets polo shirt, meets pullover.

A beautiful Henley gives you the cold-weather appeal of a flannel. It offers a casual twist on a collarless style. And, most importantly, it's a super comfortable and versatile addition to a stylish wardrobe.

Keep reading to learn how the Henley shirt became the men's "it" shirt. And learn five fashionable ways to wear your Henley.

Henley: A Brief History of This Handsome Style

The history of the Henley begins almost 200 years ago in the town of Henley-on-the-Thames in England.

Since 1839, Henley-on-the-Thames has been the venue for the Henley Royal Regatta. This rowing event was one of the first organized rowing events in British history. And it continues to this day as a big deal in the English social event scene.

In the early 1800s, men wore bulky, collared undershirts. Eventually, these undershirts lost their collars and developed the traditional three to five-button front panel. These new undershirts were more comfortable and much cooler.

Rowers found the new undershirts well-suited for their sport. Rowing is a strenuous activity, so the presence of the button collar allowed them greater airflow as they rowed on hot days. Also, without the collar, they had less fabric flapping in the breeze during rowing practice and competition.

These favorable traits caused some rowers to wear only the undershirt. This new trend caught on amongst the rowing community. And the Henley shirt as a sporting garment was born.

Another important factor in the spread in popularity of the Henley was the fact that it came around during the industrial revolution in Britain. The invention of the cotton gin allowed these 100% cotton shirts to be produced in mass quantities. And made them affordable for everyone.

Before long, rowing crews from all over the world wore their matching Henley-style uniforms at many of the sport's major events. But it would be many years before Henley shirts jumped from traditional rowing gear to mainstream fashion.

The Henley spread in popularity over the years to other sports. And it remained a classic undershirt because of its comfort. But it wasn't until the 1970s when it was accepted into the inner circles of men's outerwear fashion.

Ralph Lauren started designing menswear in the 1960s. His first fashion line was all about the collared Polo shirts for which he is now infamous. This was before t-shirts and other casual shirt styles were considered appropriate for regular wear.

By the early 1970s though, this narrative had changed. And a buyer for Ralph Lauren presented him with a vintage version of the Henley shirt. Lauren loved the style and simplicity of the design and started selling them as part of his fashion line.

The modern Henley shirt was born. Now, almost every men's fashion brand offers some version of the Henley. They come in short and long-sleeves, in various fabric choices, and in many cuts, colors, and styles.

How to Wear a Henley: Let Us Count the Ways

The beauty of the Henley shirt lies in its comfort and versatility. Casual or dressy, it's a great addition to any wardrobe. Let's take a look at five ways to wear a Henley.

Layering two Henley's together is an excellent way to add some warmth to a cold afternoon. And the contrast of the two different colors at the collar makes a stylish statement.

Try layering two different Henley styles. For example, wear one with a wider collar and three buttons underneath. Then top it with a thinner version that sports five buttons instead.

And if you aren't a fan of wearing two long-sleeved shirts together, you can always layer with short and long sleeves. Wear a short-sleeved henley under a long-sleeved one. This gives you the layered Henley look without as much heat.

2. Topped with a Jacket

Another great way to layer a Henley is to wear it under a jacket. For a more rugged look, try pairing a simple white henley with a khaki work coat or denim jacket.

For a night out, pair a charcoal Henley with a black leather jacket. And if you're looking for something more formal, wear a sleek black Henley under a sportcoat. It's a great alternative to a buttondown collared shirt and it will give you the same business-casual feel.

Yes, flannel is trendy and popular right now. But it's also a classic style that looks great on every man. Pair your favorite flannel shirt with a Henley to ramp up the style.

Flannel colors and patterns tend to get busy and bright. Which is why they'll look great if you mute them with solid color Henley peeking out from under the collar. And you can wear your flannel totally unbuttoned for a more casual look.

The great part about modern Henley shirts is that they are available in a range of styles and colors. And that includes short-sleeved versions.

If long cotton shirt sleeves are too much for you, this is the way to go. And you can layer your short-sleeved Henley the same way you do your long-sleeved one, under jackets and flannels. You'll just be a bit cooler in the process.

5. Paired with a Sweatshirt

Too cool out to wear only a shirt but too warm to wear a jacket? Top your Henley with a hooded, zip-up sweatshirt.

A hoodie is a more casual look, but it's great if you're hanging with friends or running a few errands. Opt for solid color hoodies to mix with your Henleys. It will keep the look clean and stylish.

Get Your Henley Shirt Today

Have we convinced you that you need a Henley shirt? We hope so! You won't regret making the decision to add a beautiful Henley to your wardrobe.

Our Waffle Henley is the classic style you're looking for. It's lightweight, full of fine details, and super comfortable. Order yours online today. 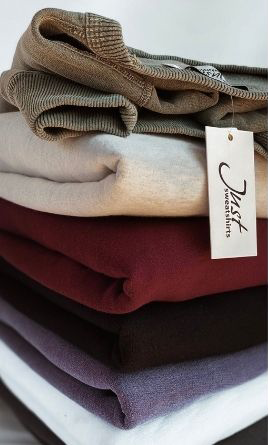